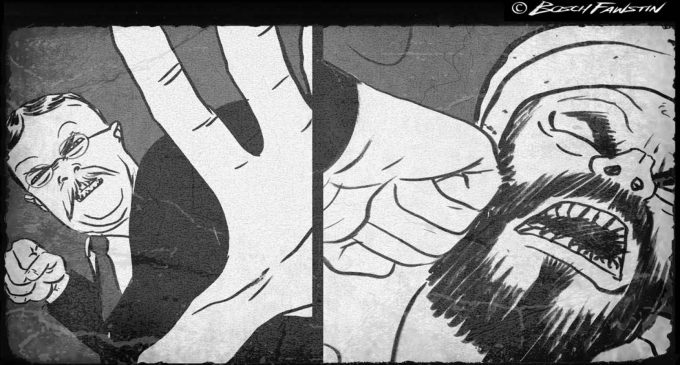 The leftist media would have you believe that Donald Trump is too reactionary, too racist, and too xenophobic to be president. Unfortunately for liberals, history is at odds with their claims.

President Theodore Roosevelt, also a Republican, signed a bill that banned practicing Muslims from entering the United States after he won the election in 1904. He won that election with 336 electoral votes, 190 more than his challenger, Alton B. Parker.

Sure, times have changed in the past hundred years, but polling data suggests that Trump's ban, even in its most controversial form, is supported by the majority of the United States. It's another fact that the mainstream media conveniently forgets when attacking the President's actions.

See details on Roosevelt's implicit ban on the next page: