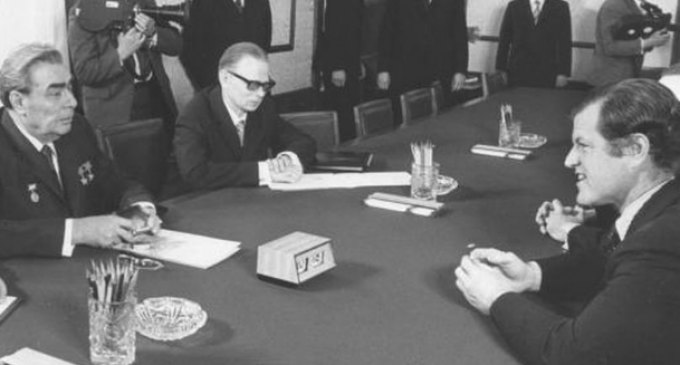 The word “unprecedented” has been used a lot to describe Donald Trump’s political career. In many ways, it’s an apt descriptor. Trump is the first businessman to make it straight to the White House. He is the first president to feud so publically with the press. And, according to the left, he is the first candidate to conspire with the Russians to take down a political opponent.

The only problem is, Trump didn’t conspire with Russia to defeat a political opponent. And even if he did, he wouldn’t be the first American politician to do so. The left only have to look back to the 1980s, when one of their own rising stars contacted the Russian government about a potential quid pro quo political agreement.

Read about how Edward Kennedy tried to team up with Russia to defeat Ronald Reagan on the next page: