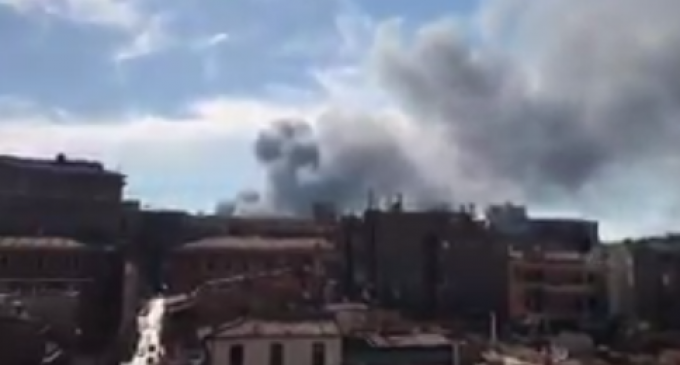 A huge cloud of black smoke has been witnessed shadowing over the Vatican. Numerous photos and videos are confirming the flames and destruction. Reports indicate the fires started after an explosion at a auto yard approximately 5 miles away from Vatican City.

One local eyewitness speculates that the flames might be coming from a neighborhood near the Vatican.

Another eyewitness gives more details saying he first saw the smoke from his roof “then a few minutes later there was a loud boom and more smoke”.”I've heard lots of sirens,” he added. “The smoke was drifting high over my apartment.”

According to this eyewitness the smoke was first spotted a little after 5pm local time and that emergency services are still on the scene.

Corriere TV reports the pervasive black smoke is consuming the area and heading towards Pineto Park.

These unprecedented flames occurred shortly after the Vatican denounced the U.S. for leaving the Paris Accord.