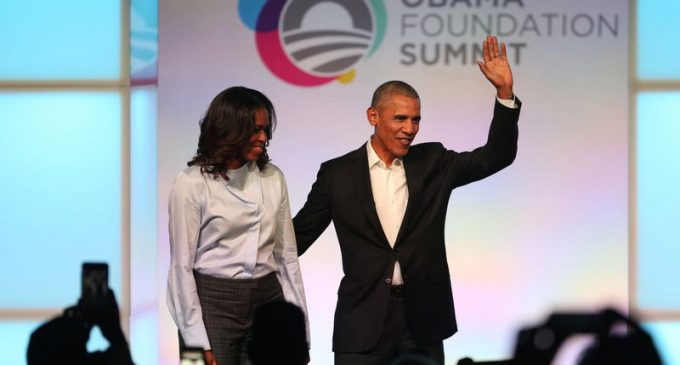 No one will argue that the Obamas are superstars in the Globalist and Progressive circles. No one can say that they are not affecting hundreds of thousands of young and highly receptive Liberals to join The Resistance and topple the evil Orange Man in the Oval Office. In fact, it would be very difficult to say that Barack Hussein Obama and his adoring wife, Michelle, have been anything but supportive of the Socialist and Communist arms of the Democratic National Committee.

Except for the few glaring examples that have been popping up all over the media, in dribs and drabs, where the Obamas almost appear to be “selling out” the Progressive movement as a whole.

You may think to yourself, so what! Who cares if the Obamas are making money after the presidency. They earned it! They worked hard! Let them enjoy the fruits of their labor and their service to the country!

But, you would still be missing the point. Barack Hussein Obama ran against the administration and policies of the Bush era. He also ran against every edict put forward by the Republican Party, demonizing them as money-hungry, warmongering, racist, climate deniers, who were beholden to special interests, Wall Street, and the Saudi Government! He did end up, of course, forgiving Hillary Clinton of all these many offenses, even after she questioned his citizenship and Bill Clinton ran Barry through the wringer.

As it turns out, all the things that the former president accused Republicans of being and doing, is exactly what he and his wife are being and doing these days.

Turn to the following page to read about the spectacular hypocrisy on the parts of the Obamas and how a sycophantic DNC Network Media sits and quietly ignores all these Obama turn-abouts!