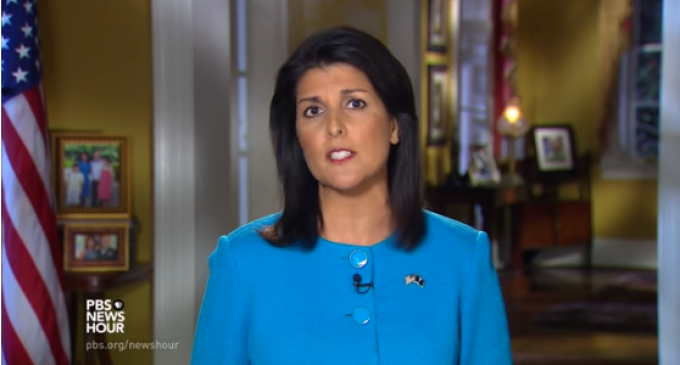 Nikki Haley was chosen by the GOP establishment to deliver the official Republican response to Barack Obama's State of the Union address this week, and her speech was met with a surprising amount of criticism from the party for which she was speaking.

Her remarks often seemed to support the ideas set forth by Obama, rather than refute them, and when it came time to attack, she directed them not at the Democrat party, but toward GOP front runner Donald Trump instead.

Without mentioning him by name, Haley scolded the frontrunner's view on immigrants, Muslims, and his overall temperament as well. Subtle digs were even directed at the base who supports Trump, as Haley warned them not to submit to his anger.

This has, of course, outraged many conservatives, and now they're speaking out against the speech that was intended to be their official voice.

Brietbart has compiled a list of what they consider Haley's biggest failures. See that on the next page, along with Trumps response to Nikki Haley's attacks: