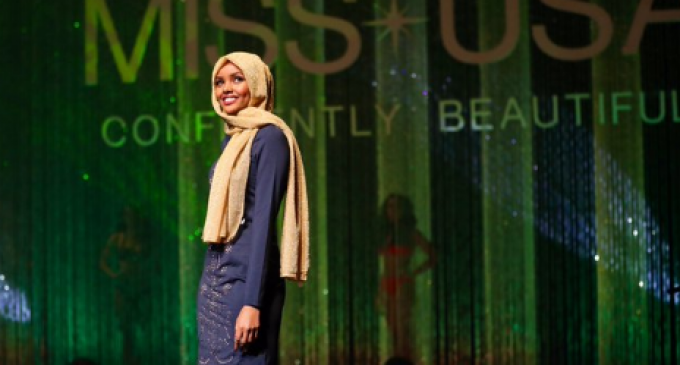 During the swimsuit portion of the Miss Minnesota, Halima Aden, 19, became the first contestant to wear a burkini. Not only that, but she has also donned a hijab for the entire competition. And not surprisingly, the left on the Internet loves her, forgiving her for not following the rules of the competition by wearing swim suits during the swim suit part and a dress during the dress part.

The Somali-American, who lives in St. Cloud continually skirted by the competition by concealing herself. They might as well have had the competitors cover themselves up in blankets. Okay, so maybe that's a bit harsh. Then again, aren't these pageants just an exercise in shallow behavior?

Find out what Halima Aden had to say on the next page.