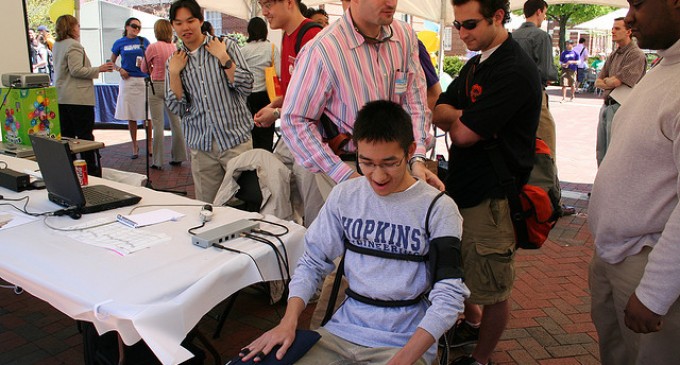 Indiana: A polygraph instructor's first amendment defense has been tossed and he's been sentenced to prison for teaching federal job applicants to deceive a lie detector (polygraph). As usual when government tramples citizens' rights, the motivation appears to be fear. If polygraph tests were reliable, cheating them should not be an option.

Dixon wrote in court papers that he had turned to polygraph instruction when his work as an electrician dried up. He told the judge he regretted his action, saying that he was motivated to enter the field by the polygraph’s notorious unreliability, despite its widespread use.

Police interviews conducted on a polygraph are generally inadmissible in a criminal trial and scholars have argued for 50 years that measuring a person’s blood pressure, pulse, and perspiration does not necessarily prove if they are being dishonest. A 1988 Supreme Court ruling declared, “There is simply no consensus that polygraph evidence is reliable.”
One of Dixon’s customers was a Virginia man convicted of a sex crime who had to undergo polygraph tests as part of his probation. He failed seven consecutive tests before signing up with Dixon, but passed three tests immediately after receiving his instruction.

It is not clear if the court's decision will deter trainers and instructors who teach people to pass other tests, such as physical fitness or IQ tests, might also be subject to charges.