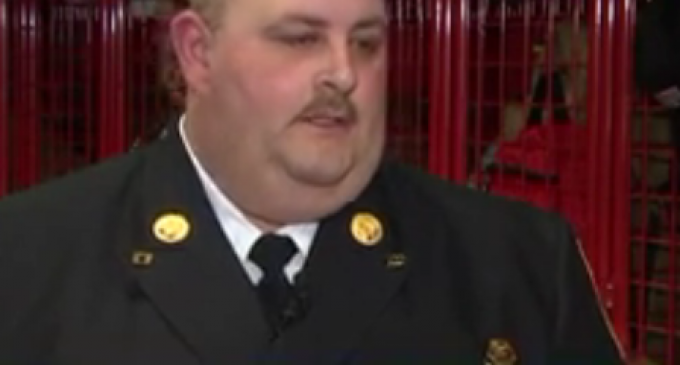 The eighteen  month old baby was turning blue when the firefighters arrived.  There was a life and death decision that had to be made and the Virginia firemen chose to transport the baby in the fire truck in order to get it to the hospital as quickly as possible.

James Kelley, the twenty-year veteran fire fighter and his colleague had to make a calculated choice to drive the child to the hospital, as waiting for another emergency vehicle to arrive to transport would have put the baby's life in grave danger.

Instead of being haled heroes for making this choice and ultimately saving the baby's life, they are now having to sit at home and wait for their suspension to be lifted.