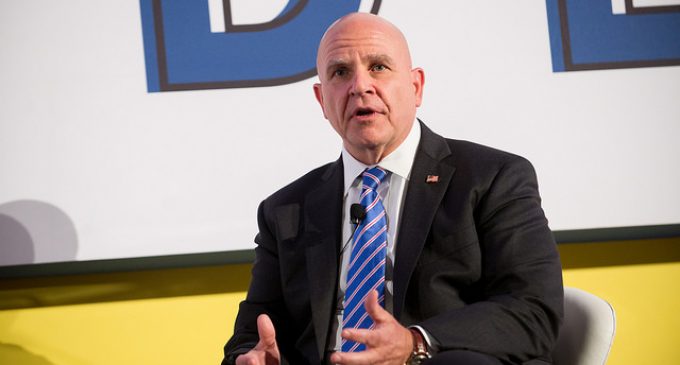 H.R. McMaster may have mastered the con, because he certainly conned a lot of people into believing that he would be a good fit for the Trump presidency.  The only problem with that assumption is that he is one of the horde of Swamp-dwellers who is bent on destroying the Trump administration from the inside-out, and also making a point of keeping the government as Trump-supporter-free as possible.

As of a couple of months ago, three very Conservative members of the government intelligence structure in the National Security Council (NSC) were fired for various reasons, all relating to their disputes with higher ups who were dismissive of Trump policies and procedures.

Derek Harvey was one of them.  Harvey is a retired Army colonel who had recently “complained to McMaster about a large number of officials who were kept on at the NSC from the Obama administration.” He was told by McMaster that he had a “leadership problem,” according to some reports.

The other was Ezra Cohen-Watnik who was the senior director for intelligence programs at the NSC and “ran afoul of McMaster because of his conservative views.”

The third was Rich Higgins, former director of strategic planning at the NSC.  It was Higgins' firing, however, that has raised more than a few eyebrows.  At the very heart of the reason for his firing was a memo that was meant for public consumption.

The memo reveals much of what has been suspected about the Deep State and the Establishmentariat, but even more so, reveals how deep this rabbit hole really goes!  Turn the page for the details of this memo and find out why this man needs his job back quick!