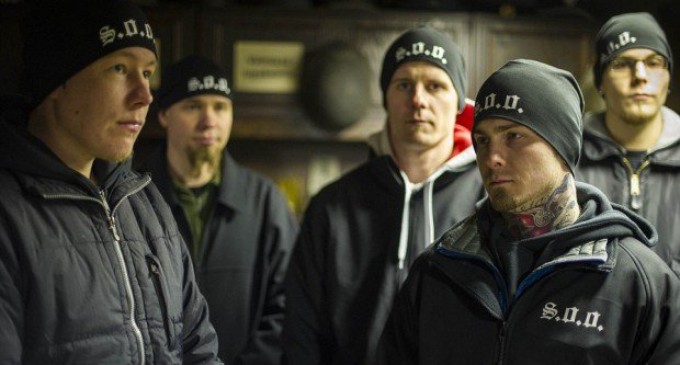 In a time not long ago, young girls were safe to be by themselves at the neighborhood grocery store, but times have changed as politicians have put refugee needs before the safety of their own citizens.  Because of this blind eye, the people have had to rise up and protect themselves from the deranged and sexually deviant behavior of many Muslim migrant men.

The Soldier of Odin is one such group that has formed to address the safety needs that the government ignores.  Recently a number of S.o.O. members rescued a group of young girls from certain rape at the hands of “Middle Eastern” migrant men outside a Finnish grocery store.  The girls were being sexually assaulted by these men, when the anti-Muslim vigilante patrol saw the attack and forced the perpetrators to the ground until the police showed up.

Read more about the community watch effort performed by the Soldiers of Odin on the following page.