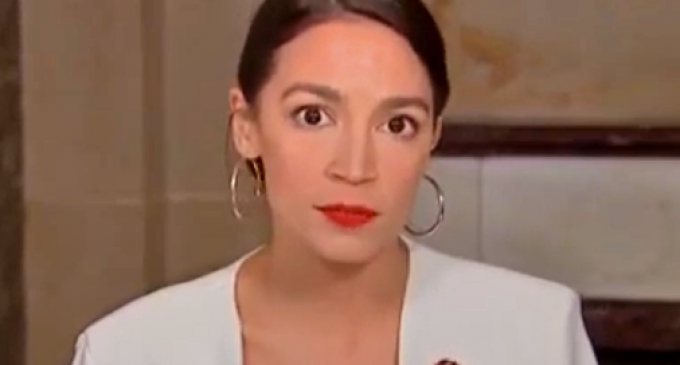 New York Rep. Alexandria Ocasio-Cortez is the star of a documentary that just bagged a $10 million movie deal. How about that capitalism in action, Ms. Ocasio-Cortez!

It will be interesting to see if the self-avowed hardcore socialist will insist that 70% be given away to the disenfranchised or to help Mother Earth. She could be the first to pitch in for her “Green New Deal” to show everyone how serious she is about eliminating all gas-powered cars and building bridges over the ocean.

The New York Democrat said just this past January that “a system that allows billionaires to exist is immoral” and that it's “wrong” that billionaires can coexist in a country alongside “parts of Alabama where people are still getting ringworm because they don't have access to public health.”

Perhaps we should have some Alabamians with ringworm knock on her door.

On the next page see details of the movie deal.