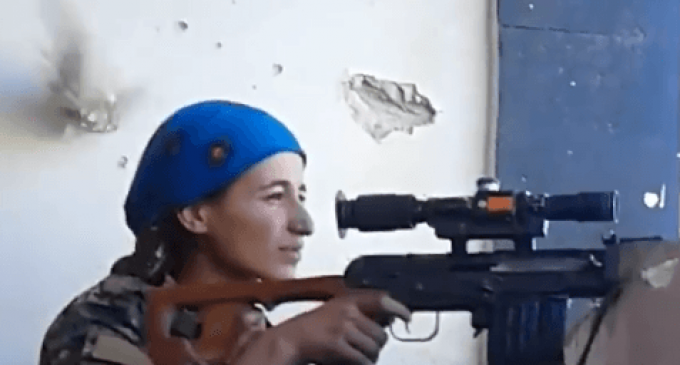 A truly remarkable aspect of the fight against ISIS in Syria is how a group of female Kurdish fighters have taken the fight to the enemy so effectively.

The courage and military proficiency of these women is beyond inspiring, as they laugh in the face of the utmost danger.

As the war against terrorists has ramped up, the Kurds have trained a cadre of women snipers who have proven an invaluable asset against ISIS.

For ISIS fighters, the prospect of being killed by a woman is a horrible thing to contemplate. For them, it would be a shameful death, not the martyrdom that many of them seek.

See for yourself in a dramatic video how these members of the Kurdish Women’s Protection Unit (YPJ) are making a difference in the battle to retake Raqqa from ISIS. It’s all on the next page.