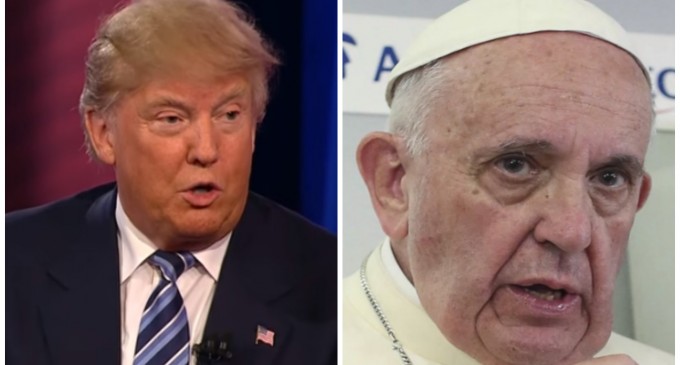 Donald Trump has to be either the smartest strategist to ever run for president of the United States, or the luckiest. Whether planned or not, he is headline news every day without spending a dime. Often it is because of some controversial position or statement he has made, and you would think that would be a 50/50 proposition, sometimes benefiting from the controversy, and sometimes ending up on the short end of the debate, but it rarely ends up like that. And often, even those who are not supporters will be pulled into the controversy and end up defending his position, or at least his right to take that position.

One of the earliest examples, and one which continues to generate controversy and has forced virtually all other candidates to respond and take a clear position, is that of illegal immigration and immigration in general. Trump did not say that we need to “fix our broken immigration system” like so many other politicians, because often that is political speak for giving amnesty to all the illegals now in this country. Instead, Trump stated that we need to send the illegals home, to enforce immigration laws and stop immigrants from entering our country and taking jobs and benefits, and he insisted that he would finish building the wall on our southern border that the politicians promised us they would do about ten years ago. It never happened.

When he made those statements, many of the pundits and TV talking heads declared that would be the end of his political campaign, since it was perceived as mean-spirited and racist, at least by the Left and the Republican establishment. But the shock was almost palpable as American citizens shouted their agreement, and Trumps popularity zoomed ahead. Americans feel betrayed by politicians on the Left and the Right who have promised to respect the American worker and to prevent the dramatic dilution of American culture as waves of illegal immigrants have flowed into the country with little stopping them, including the federal government whose job it is to enforce immigration law.

After Pope Francis seemingly took a direct shot at Trump, and it would generally be assumed that his support and respect would be diminished by such harsh criticizm from a respected world figure. Instead, it seems that people from all walks of society are rushing to defend Trump, and as always, Trump himself is good for some excellent rejoinders in response to the criticism.

See who is criticizing Trump plus video response, page 2: