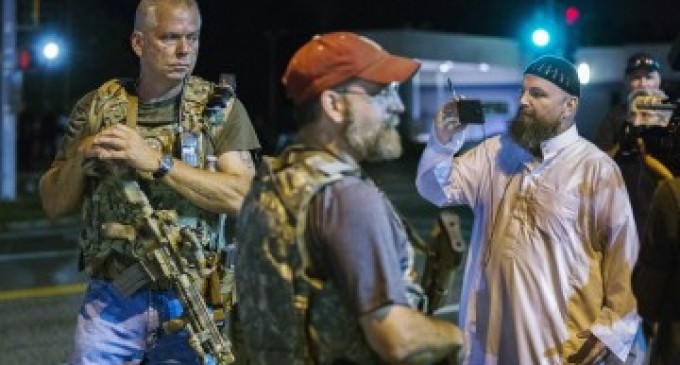 The “politically correct” protesters at the recent Ferguson demonstrations were outraged and bewildered by the presence of the Oath Keepers openly carrying firearms.  Along with the protesters, were the “propaganda arm of the secular socialist agenda”– the Southern Law Poverty Center, who called the Oath Keepers a “fiercely anti-government, militaristic group.” Both groups got themselves a tutorial on the second amendment, when they confronted the armed Oath Keepers, during the demonstrations.