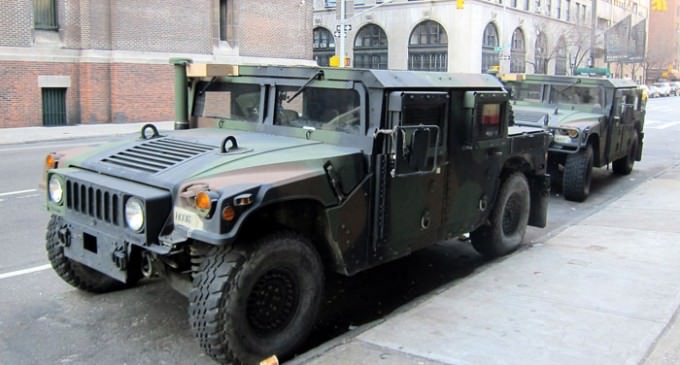 You may have heard of the city of Ferguson, Missouri. They have had need of some additional police equipment over the last year or so. So, when the city obtained two Humvees from the military the city cheered…but too loudly. The government heard them and the city is now being forced by the Obama administration to return the two military vehicles.

The US Department of Defense took away the Humvees given to the beleaguered St Louis suburb under a program to distribute surplus weapons, vehicles and other gear. More on the NEXT PAGE: