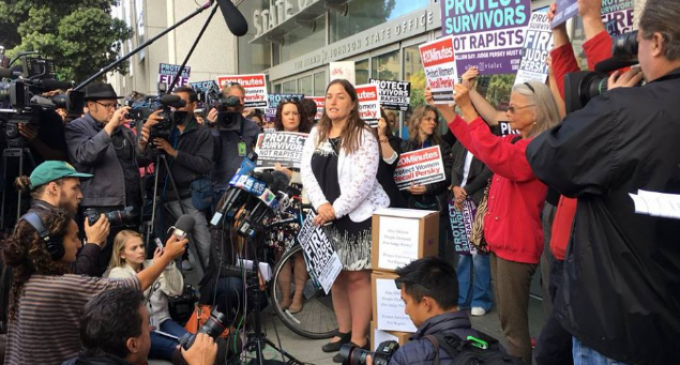 The fanatics at UltraViolet, a national woman's advocacy group, maligned Trump by lying that he had called for violence against Hillary Clinton as his “political enemy”, threatening to assassinate her because she is a woman.

Nita Chaudhary, co-founder of the group, wrote the statement for their website slandering Trump and claiming that he is “denigrating women and whose campaign has been built by espousing violence against his so-called political enemies”.

Her hate for men is evident in the many character assassinations she has taken part in.  When U.S. Rep. Blaine Luetkemeyer (R-MO), made the comment that Sen. Elizabeth Warren was the “Darth Vader of the financial services world”, Chaudhry freaked out, saying this was “offensive, sexist and out of line”.

Ironically, her man-hate has not landed upon Bill Clinton and his alleged sexual assaults where  well-placed criticism and rebuke is merited.

The rest of the story can be found on the next page.