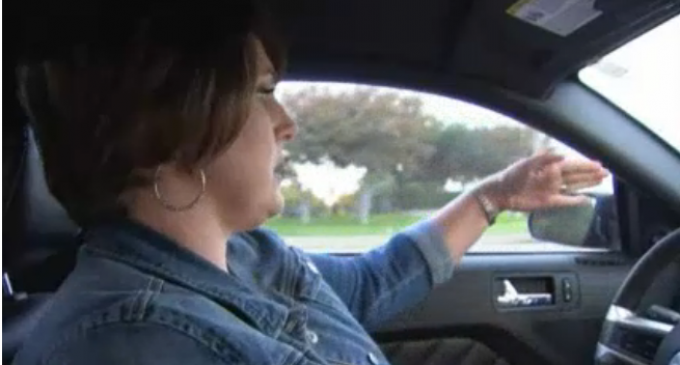 The federal government has begun collecting DNA on American citizens across 30 cities in the US.

Watch this video from NBC of a woman in North Texas recite how she was pulled over, having done nothing wrong, and was asked for her blood and saliva and asked to complete a breathalyzer test.

She was told that she would be paid for her ‘samples' and that the breathalyzer was ‘voluntary', although she states it certainly didn't feel voluntary.

The federal government is hiring contractors across 30 cities for this program, which they say is to help identify how many people are driving while intoxicated.

With the NSA spying on all of our emails and our phone calls, the build up of the DHS in anticipation of civil unrest, and with our President having completely dismantled our Constitution it doesn't take much of a leap to see that the real intent here is to begin collecting our DNA.

The government usually beings an operation by testing and drilling until they feel they are ready to roll out the agenda. That is what we are seeing here with this unconstitutional program.

Some drivers along a busy Fort Worth street on Friday were stopped at a police roadblock and directed into a parking lot, where they were asked by federal contractors for samples of their breath, saliva and even blood.

It was part of a government research study aimed at determining the number of drunken or drug-impaired drivers.

“It just doesn't seem right that you can be forced off the road when you're not doing anything wrong,” said Kim Cope, who said she was on her lunch break when she was forced to pull over at the roadblock on Beach Street in North Fort Worth.

The National Highway Traffic Safety Administration, which is spending $7.9 million on the survey over three years, said participation was “100 percent voluntary” and anonymous.

But Cope said it didn't feel voluntary to her — despite signs saying it was.

“I gestured to the guy in front that I just wanted to go straight, but he wouldn't let me and forced me into a parking spot,” she said.

Once parked, she couldn't believe what she was asked next.

“They were asking for cheek swabs,” she said. “They would give $10 for that. Also, if you let them take your blood, they would pay you $50 for that.”

At the very least, she said, they wanted to test her breath for alcohol.

She said she felt trapped.

“I finally did the Breathalyzer test just because I thought that would be the easiest way to leave,” she said, adding she received no money.

Fort Worth police earlier said they could not immediately find any record of officer involvement but police spokesman Sgt. Kelly Peel said Tuesday that the department's Traffic Division coordinated with the NHTSA on the use of off-duty officers after the agency asked for help with the survey.

“We are reviewing the actions of all police personnel involved to ensure that FWPD policies and procedures were followed,” he said. “We apologize if any of our drivers and citizens were offended or inconvenienced by the NHTSA National Roadside Survey.”

NBC DFW confirmed that the survey was done by a government contractor, the Pacific Institute for Research and Evaluation, which is based in Calverton, Md.

An agency spokeswoman sent an email confirming the government is conducting the surveys in 30 cities across the country in an effort to reduce impaired-driving accidents.

She did not respond to another email from NBC DFW asking specific questions about the program.

But a Fort Worth attorney who is an expert in civil liberties law questioned whether such stops are constitutional.

“You can't just be pulled over randomly or for no reason,” said attorney Frank Colosi.

He also noted the fine print on a form given to drivers informs them their breath was tested by “passive alcohol sensor readings before the consent process has been completed.”

“They're essentially lying to you when they say it's completely voluntary, because they're testing you at that moment,” Colosi said.

He also questioned the results of the “voluntary” survey — speculating that drivers who had been drinking or using drugs would be more inclined to simply decline to participate.

Cope said she is troubled by what happened.

Asked Tuesday if she accepted the police department's apology, Cope said she would wait to see what the review showed.

“They need to make sure this doesn't happen again,” she said.