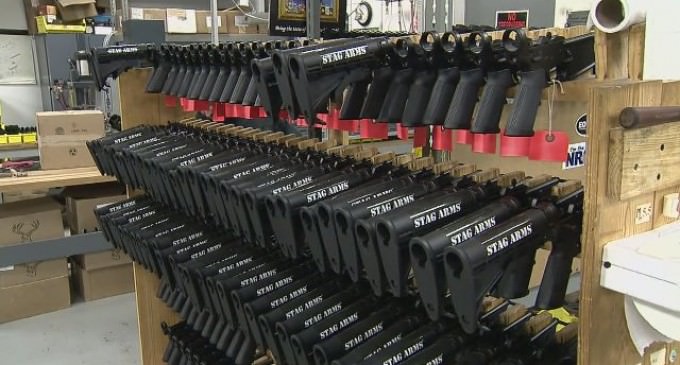 The feds are cracking down on gun companies again.

After Stag Firearms LLC president and owner Mark Malkowski was found guilty of owning a machine gun not registered to the Britain-based company, the Bureau of Alcohol, Tobacco and Firearms revoked Stag's license to manufacture guns.

Malkowski pleaded guilty to the charge against him as part of a plea deal with the U.S. District Court in Hartford, agreeing to sell Stag and not seek further involvement in the firearm industry. He is also expected to plead guilty to a misdemeanor charge over failing to maintain gun records before the District Court in New Haven.

Apparently, federal law enforcement have had their sights on Stag for a long time, with the ATF looking into the company's records and practices since July 2014. The resignation of Malkowski from Stag's presidency is the result of this year long investigation.