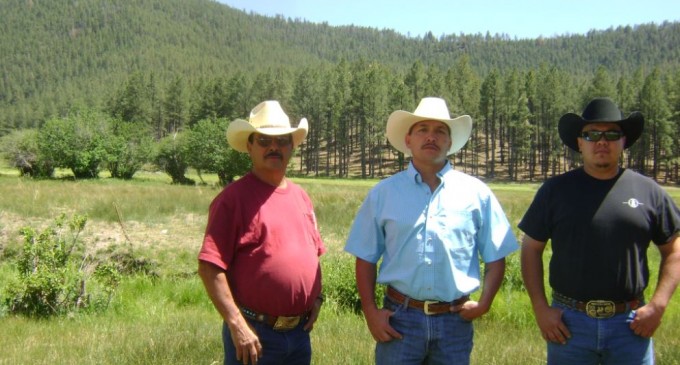 The Lucero family has grazed livestock near Fenton Lake in the Santa Fe National Forest in New Mexico for more than a century.

The feds now plan to fence out this family from this land for an endangered mouse – the meadow jumping mouse – which has now been listed as an endangered species.

The federal government has successfully used the ‘endangered species’ excuse to seize land for decades.

SANTA FE NATIONAL FOREST, N.M.  — For more than a century, the Lucero family has grazed livestock in the majestic landscape near Fenton Lake in the Santa Fe National Forest. They started with sheep and, in the 1920s, switched to cattle.

But that may all come to an end because of an endangered mouse.

“You’re taking a lot of heritage away,” said Mike Lucero, as he looks over the creek that cuts through the meadow. He was accompanied by his brother Manuel and cousin Orlando, who have brought their family’s cattle to this spot since they were children.

Last month, the U.S. Fish and Wildlife Service listed the meadow jumping mouse as an endangered species. Now, the U.S. Forest Service, which oversees the Santa Fe National Forest, is considering erecting a series of 8-foot high fences to protect the mouse’s habitat.

THE MOUSE IN QUESTION: The meadow jumping mouse has recently been listed under the Endangered Species Act.

The Luceros, members of the San Diego Cattleman’s Association and holders of grazing permits with the federal government, say the fences will lock out their cattle — as well as those of other permit holders — from ever returning to the meadow where the livestock graze for 20 days in the spring and up to 40 days in the fall.

“We’re not insensitive to protecting the mouse,” Orlando Lucero said. “But let’s work on something that keeps everyone’s interests in mind.”

Forest Service officials in Albuquerque say no final decision has been made but, at the same time, they are required by law to comply with the Endangered Species Act. Since the meadow jumping mouse is now listed as endangered, the Forest Service is bound to take steps to protect its habitat.

Grazing was listed as one of the “a primary threats” to the mouse, said Robert Trujillo, the acting director of Wildlife, Fish and Rare Plants for the Southwest Region of the U.S. Forest Service.

“It’s been our experience that a fence like that to protect that occupied habitat seems to be the best way we can do our affirmative duty and protect that habitat,” Trujillo said.

But the Luceros say putting up a fence is an example of federal government overkill.

“At first, they were talking about a 300-yard fence on eight feet of either side (of the Rio Cebolla, a creek that feeds the meadow),”  Manuel Lucero said. “But you look at the (Forest Service) map now and it goes on for three and a half miles – and that’s just for this allotment.” 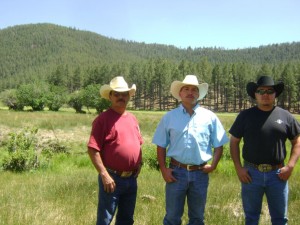