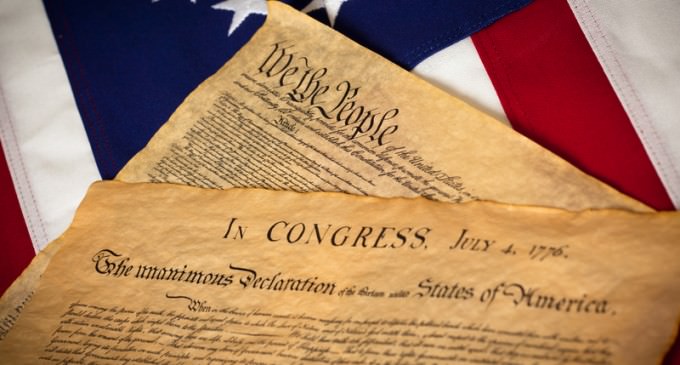 The federal government is ordering a group of Texans to stop offering a free booklet to new citizens, calling it “political.” The tiny tome is called The Constitution of the United States.

The Constitution is too political?

The El Paso Republican Party says it will violate an order from the U.S. Citizenship and Immigration Service to stop handing out copies of the Constitution and Declaration of Independence outside naturalization ceremonies at the city-owned Civic Center.