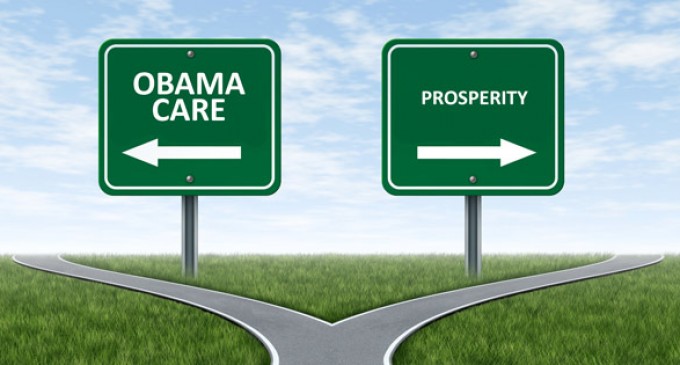 At last, the government is admitting what conservatives have been saying all along: debt has not only increased under Obama, but it will continue to long after he leaves office due to his reckless policies.

After looking into the issue, the Congressional Budget Office published an alarming report on Monday that concluded the federal government will likely be looking at $30 trillion in debt in the next ten years. This prediction is one of the most disturbing of it's kind and has it's basis in numerous variables.

While the CBO report cited a rise in the number of elderly people as well as tax and spending cuts as contributing to this massive debt, it also mentioned Obamacare as a major financial burden, increasing the debt significantly and reversing gains the government has made in fixing a troubled economy.

It doesn't help that the Obamacare, contrary to what the president's sycophantic followers said would happen, has failed to meet it's goals by any standard. Not only has the amount of people using the system's exchanges plunged by almost 40%, 11 million customers will receive taxpayer subsidies this year, a marked contrast to the the “efficient” and “cost-effective” program Obama described,