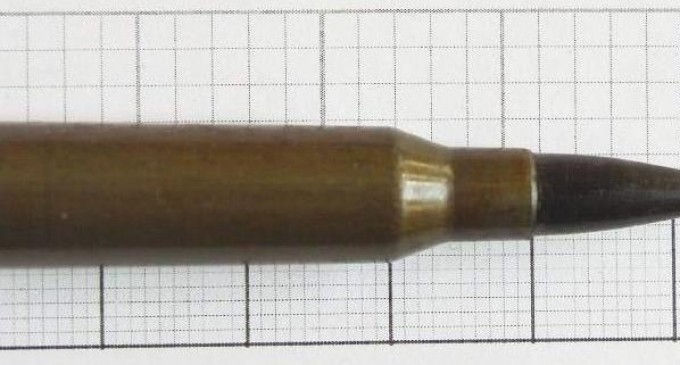 The federal government has banned the importation of plentiful and affordable Russian ammo, using an obscure “vaporware” Polish firearm as an excuse to suddenly call the ammo ‘armor piercing’.

The ban of this affordable ammo comes on the heels of DHS buying 1.6 billion rounds of ammunition (depleting the market) and the closure of the last lead smelter plant in America by the EPA, which has effectively dried up ammunition supply lines and driven up costs greatly.

The feds are preparing for war with the American people, and drying up supply lines is part and parcel to any war.

The feds recently used an obscure “vaporware” Polish firearm as an excuse to outlaw the importation of cheap and plentiful Russian ammo into the United States.

The BATFE has determined the 7N6 cartridge is armor piercing and therefore illegal under the Gun Control Act (GCA) of 1968 as amended in 1986.

As noted by The Bangswitch blog on Tuesday, the Russian ammo was not an issue with the federal government until the suspicious introduction of a 5.45×39 handgun on the U.S. market.

“Until one did appear, 7N6 surplus could flow freely from Russia, Ukraine and other sources. However, it would only be a matter of time before someone got the bright idea to produce a 5.45×39 pistol domestically or someone applied for a Form 6 to import one,” the blog reports.

The BATFE issued a Special Advisory memo on April 7 claiming the ammo “could be used in a commercially available handgun, the Fabryka Bronie Radom, Model Onyks 89S, 5.45×39 caliber semi-automatic pistol, which was approved for importation into the United States in November 2011.”

The federal agency’s “determination applies only to the Russian-made 7N6 ammunition analyzed, not to all 5.45×39 ammunition. Ammunition of that caliber using projectiles without a steel core would have to be independently examined to determine their importability,” the advisory states.

“This seems a bit fishy to me since it rarely takes the BATFE almost 2 years to ban something once they have cause,” notes the military arms channel blog. “It’s also worth mentioning that several companies such as Robinson Armament and JBI Armory have produced 5.45×39 handguns domestically for several years and we didn’t hear so much as a peep out of the BATFE until 2014.”

The blog notes a Google search of the firearm produces no results with the exception of those mentioned in articles and posts noting the government action. “It’s so obscure in fact that only 200 were produced in Poland and to my knowledge none were ever imported nor sold on the U.S. market as semi-automatic pistols.”

Gun Owners of America, in a post in Ammoland, characterizes the BATFE ruling as a “strained and perverted reading” of what constitutes armor piercing ammunition. The ruling constitutes government fiat without any statutory authority whatsoever, according to the Second Amendment advocacy group.

The sneaky back door ruling is designed to shut down a much needed source of affordable and readily available ammunition. Moreover, the move appears to have an underlying political dimension due to the fact the ammo is imported from Russia, once again an officially denoted enemy following developments in Ukraine.

Unable to ram through draconian gun laws in Congress, the Obama administration and assorted federal government agencies are working behind the scenes to dry up and shut down the availability of ammunition.