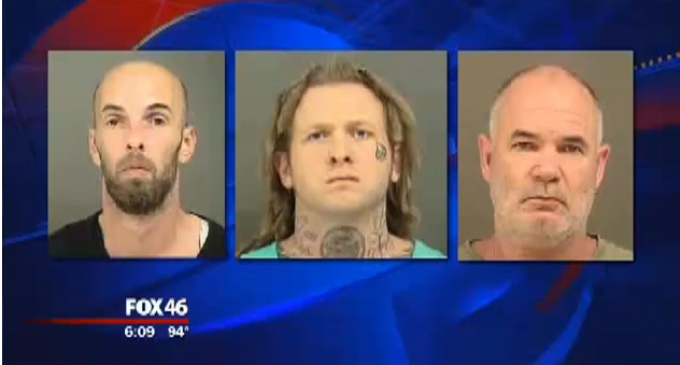 According to DOJ documents, federal agents have arrested three men from Gaston County, North Carolina, on conspiracy charges in a plot attack the government. The men are accused of prepping for a martial law scenario by stockpiling weapons, ammunition, tactical gear and attempting to rig home-made explosives.