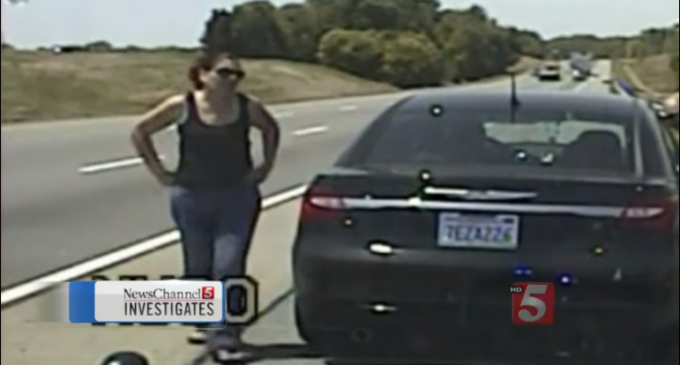 At this point, everybody yawns when people, usually self-loathing left-wing activists, compare America to Nazi Germany. In one particular instance, however, it is not some bleeding heart liberal making the charge.

Federal police officer Ronnie Hankins and his wife Lisa were driving home from his grandfather’s funeral when Virginia police pulled the couple over. Thinking that the officers wanted to ask about their out-of-state license plate or Lisa’s, being Hispanic, immigration status, the Hankins’ obeyed the hailing patrol car and parked on the side of the road.

After they were pulled over, the cops separated the two and began interrogating them. Lisa in particular was subjected to repeated attempts by an officer tied to the 23rd Judicial District Drug Task Force to consent to a search of their car. Knowing they were carrying no drugs and had done nothing wrong, Lisa refused, even as the officer kept pestering her for a “yes or no” answer.

Of course, her answer wouldn’t have mattered anyway, because the cops brought out a K-9 dog to sniff the vehicle. Signaling that there were drugs in the Hankins’ car, the police promptly searched it, although as Ronnie realized, it wasn’t drugs they were looking for.

See what the police were searching for on the next page: