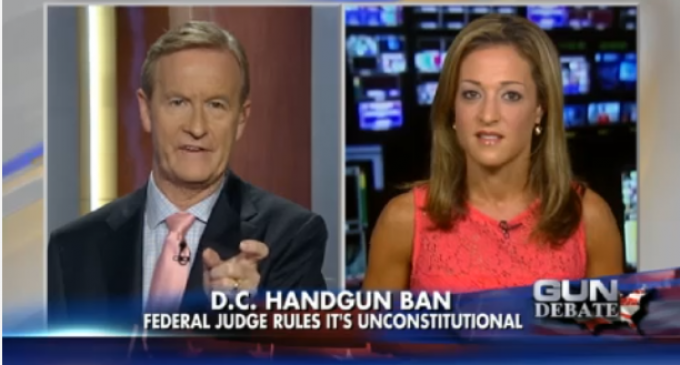 In a rather surprising decision, Judge Frederick Scullin Jr. has struck down the cities ban on carrying a gun outside the home.

In his ruling for Palmer v. District of Columbia, Scullin wrote that the right to bear arms extends outside the home and therefore gun-control laws in the nation’s capital are “unconstitutional.”

Certainly a big win for our country. Glad to see there are still patriotic judges on the bench. However, the judge issued a 90-day reprieval of his ruling after DC Attorney General Irvin B. Nathan requested a stay.

This is due to DC council member Mary Cheh, who stated that it's too dangerous for people to have 2nd Amendment rights in our nation's capital.

Perhaps Cheh should get a little education, this ban was in effect when Reagan was shot. Or is she just a little to scared of how this will affect the rest of the country?

Having people walking around carrying guns in our nation's capital would prove to be the safest for the country, excluding communist politicians, of course.

We won,” Alan Gura, the lead attorney for the Second Amendment Foundation, told Fox News in a phone interview.  “I’m very pleased with the decision that the city can’t forbid the exercise of a fundamental constitutional right.”

Gura said he expects the District to appeal this decision but added, “We’ll be happy to keep the fight going.”

The decision leaves no gray area in gun-carrying rights.

Judge Scullin extensively referenced the Supreme Court decisions in District of Columbia v. Heller (2008) and McDonald v. Chicago (2010) to concluding “there is no longer any basis on which this court can conclude that the District of Columbia's total ban on the public carrying of ready-to-use handguns outside the home is constitutional under any level of scrutiny.”

The court ordered the city to now allow residents from the District and other states to carry weapon within its boundaries.

Judge Scullin wrote that the court “enjoins Defendants from enforcing the home limitations of [D.C. firearms laws] unless and until such time as the District of Columbia adopts a licensing mechanism consistent with constitutional standards enabling people to exercise their Second Amendment right to bear arms.”

The defendants are the city government and Police Chief Cathy L. Lanier.

This case has dragged in the courts for five years. Gura has twice asked the federal appeals court to force Judge Scullin to issue a decision. The five plaintiffs filed in 2009, and the case was argued twice, most recently in Oct. 2012. 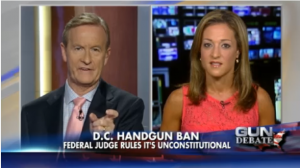