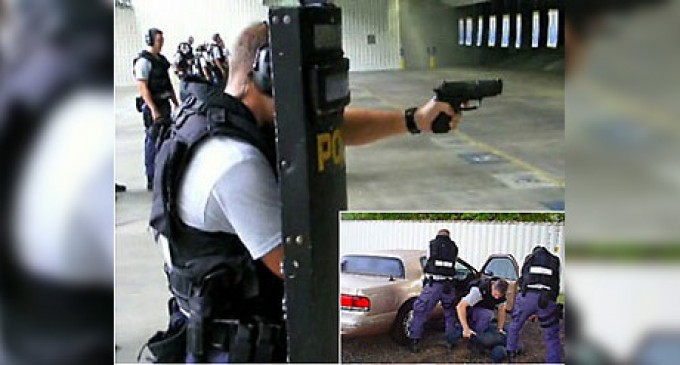 District Court Judge Otis Wright slammed the Bureau of Alcohol, Tobacco, and Firearms (ATF) in his opinion last week, writing “Society does not win when the Government stoops to the same level as the defendants it seeks to prosecute — especially when the Government has acted solely to achieve a conviction for a made-up crime.” Wright was referring to the ATF practice of “unfairly [enlisting] people in a ‘made-up crime' by offering them a huge payday for robbing a non-existent drug stash house.”

The ATF has more than quadrupled the number of stings it conducts over the last decade. They use fake stash houses to target violent criminals, though generally capture only small time crooks.

“The time has come to remind the Executive Branch that the Constitution charges it with law enforcement — not crime creation. A reverse-sting operation like this one transcends the bounds of due process and makes the Government the oppressor of its people,”

The opinion is a response to a case in Los Angeles Antuan Dunlap was arrested by the ATF. According to Wright, there was “no evidence that Dunlap had been involved in drug house robberies in the past or that he would have participated in one had an undercover ATF agent not offered him the chance to steal as much as 25 kilograms of non-existent cocaine,” USA Today writes.

“Zero. That’s the amount of drugs that the Government has taken off the streets as the result of this case and the hundreds of other fake stash-house cases around the country. That’s the problem with creating crime: the Government is not making the country any safer or reducing the actual flow of drugs,” Wright wrote.