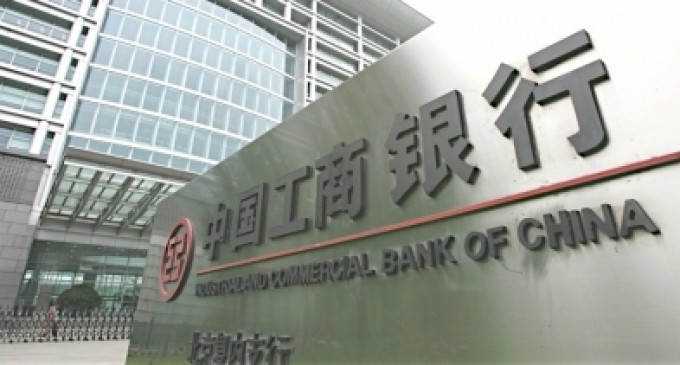 The Fed is now allowing China to take over US banks, which it will do with the trillions of dollars it has accumulated.

They are buying up our country with our own money, which is soon to not be worth much as we are forced to continue printing billions per month.

This is yet one more step in the creation of the New World Order that several presidents have stated is in the works.

The increasingly controversial Federal Reserve offered a green light on Wednesday for banks controlled by the Communist Chinese dictatorship to gobble up American financial institutions and enter the U.S. banking market despite national security concerns, sparking warnings among critics about the rapid spread of the brutal regime’s influence within America.

Analysts, meanwhile, called the unprecedented approval a “landmark step” for regulators that could have global implications. Under the U.S. central bank’s decision, the Industrial and Commercial Bank of China (ICBC), the largest bank in the Communist Party-run country with assets estimated at some $2.5 trillion, will be allowed to become a holding company and acquire the Bank of East Asia in New York.

It marks the first time that a Communist Chinese bank — ICBC is more than 70 percent owned by the regime — has been permitted to take over an American bank. All 13 branches of the U.S. institution will be taken over. As part of the deal, U.S. authorities also granted bank holding company status to the regime’s sovereign wealth fund, China Investment Corp, which participated in the deal. Central Huijin Investment, which holds the regime’s shares in ICBC, was approved for the classification as well. And according to analysts, Wednesday’s decision by the Fed is just the beginning.

The controversial decision still took more than a year to reach — far longer than the standard two months usually required to issue a ruling on similar matters. It was approved by the Fed board unanimously. But despite U.S. efforts to downplay the significance of the approval, the implications, according to experts, are actually enormous.