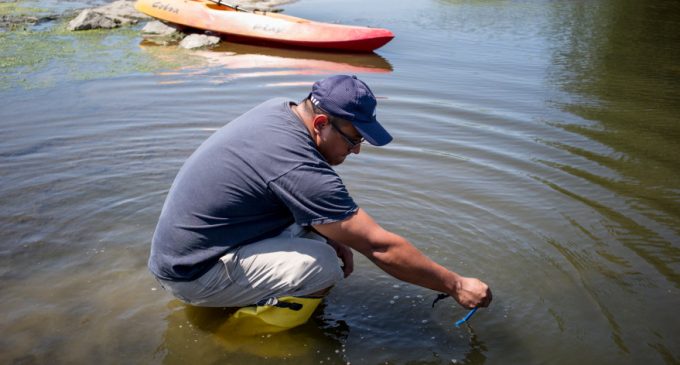 Last October, President Trump caught flack from the left after he called out San Francisco for the “tremendous pollution being put into the ocean.”

The President was referencing the growing homelessness problem in Los Angeles and San Francisco, which he said is responsible for all the needles and human waste being swept through city sewers and out to sea.

“We’ll start with those two cities. We’re looking at San Francisco and we’re looking at Los Angeles, and we’re looking at all of the things that are happening,” Trump told reporters on Air Force One as he returned to Washington from a visit to San Francisco. “You know, there’s tremendous pollution being put into the ocean because they’re going through what’s called the storm sewer that’s for rainwater. And we have tremendous things that we don’t have to discuss pouring into the ocean. You know there are needles, there are other things.”

The President went so far as to threaten EPA action.

“You’re going to see over the next, I would say, less than a week. EPA is going to be putting out a notice. They’re in serious violation. And this is environmental… and they have to clean it up. We can’t have our cities going to hell. These are great cities. And we can’t lose our great cities like this.”

Turn the page for more details on the danger facing Californians through contaminated waterways.