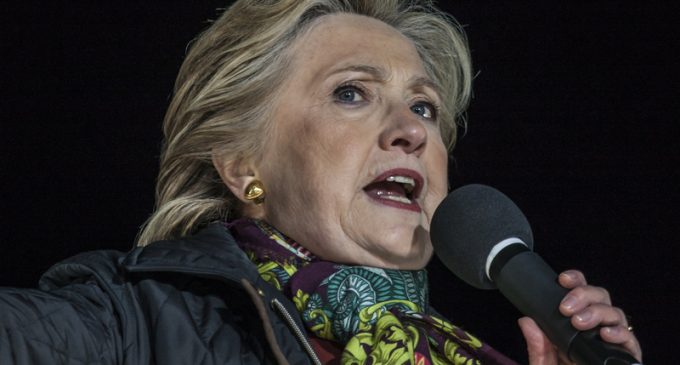 The Mueller investigation rolls on unabated. While it is certainly a witch hunt to try to find something, anything on President Trump that the Dems can use against him, there is likely a greater purpose behind the farce: to provide a smokescreen for the many crimes committed by Democrats before, during and after the last election.

Last week a federal court filing exposed an $84 million money-laundering conspiracy the DNC and Hillary Clinton's campaign carried out during the 2016 presidential election.

Despite all the known illegal activity, all the illegals that had brought in to vote and whatever else we still don't know about, poor Hillary still couldn't pull off a victory.

Turn the page to read about the DNC-Clinton conspiracy that was just revealed from a lawsuit that was filed last week in a DC district court.