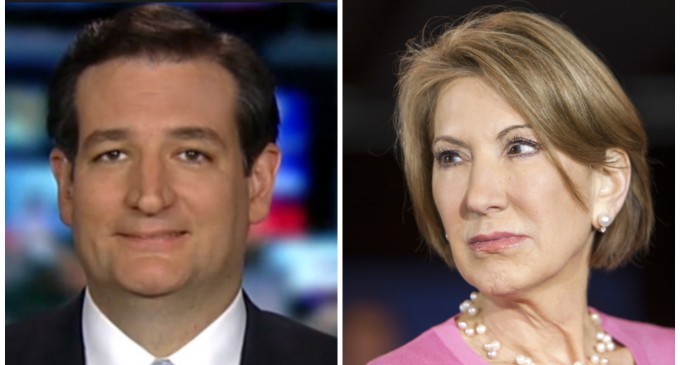 Outsider candidates in both parties have bemoaned what they believe is a crooked campaign system, from the outsets of their campaigns.  On the Democratic side, socialist Vermont Senator Bernie Sanders has been a staunch opponent of big money in politics.  Sanders often boasts to supporters that he is the only candidate without a Super PAC — a claim that the Washington Post has found to be misleading at best.  However, Sanders’ campaign has mostly thrived on numerous smaller, individual donations.

Donald Trump takes a similar approach to big money and Super PACs as Sanders, but also has a unique perspective — he used to be one of those big donors buying influence.  One of the most important aspects of Trump’s appeal is that he cannot be bought off by rich donors because he’s “really really rich.”

Now, in a report sure to raise some eyebrows among Trump supporters, the Federal Election Commission (FEC) is investigating why a Ted Cruz Super PAC gave $500k to his then-rival Carly Fiorina’s Super PAC.  Was some sort of deal struck with the woman who is now his running mate?  Continue reading on the next page to read what the FEC is saying: