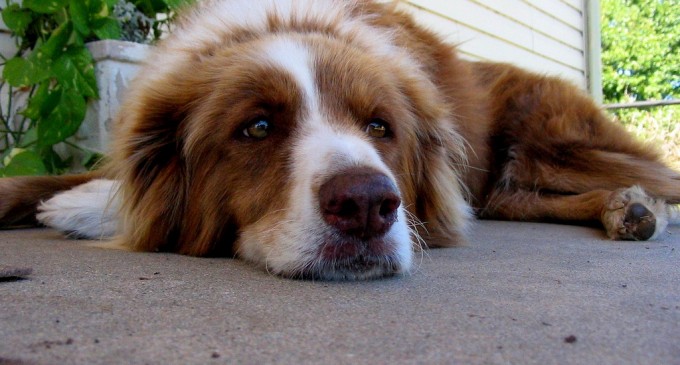 Dog jerky treats coming from China have been linked to more than 1000 dog deaths and upwards of 5000 complaints of illness, according to the FDA.

Reports of 3 people, including 2 toddlers, becoming ill after eating the treats have also been reported.

The FDA has failed to identify the exact source of the problem even after 7 years of investigation.

“The agency continues to caution pet owners that jerky treats are not required for a balanced diet and encourage them to consult with their veterinarians, both prior to feeding treats and if they notice symptoms in their pets,” stated the FDA in a recent statement.

US law doesn't require dog treats to bear the country of origin on the label so pet owners have difficulty making educated purchasing decisions.

Pet jerky treats, mostly imported from China, are now linked to more than 1,000 deaths in dogs, more than 4,800 complaints about animal illness, and, for the first time, sickness in three people who ate the products, federal health officials said Friday.

But Food and Drug Administration officials say they still can't identify a specific cause for the reported illnesses or deaths, despite seven years of testing and investigation.

“The agency continues to caution pet owners that jerky treats are not required for a balanced diet and encourage them to consult with their veterinarians, both prior to feeding treats and if they notice symptoms in their pets,” FDA said in a statement.

The humans who consumed the treats included two toddlers who ingested them accidentally and an adult who may have been snacking on the questionable products, which include chicken, duck or sweet potato jerky treats, an FDA official said.

“The agency continues to caution pet owners that jerky treats are not required for a balanced diet and encourage them to consult with their veterinarians.”

One of the children was diagnosed with a salmonella infection, which can be spread by touching contaminated pet food and treats. The other child developed gastrointestinal illness and fever that mirrored the symptoms of dogs in the house that also ate the treats. The adult reported nausea and headache, said Siobhan DeLancey, an FDA spokeswoman.

The agency has received about 1,800 new reports of illnesses and deaths since its last update in October, some involving more than one pet. The numbers now include 5,600 dogs and 24 cats.

About 60 percent of the cases involve symptoms of gastrointestinal trouble and liver disease, 30 percent involve kidney disease and about 10 percent involve other complaints, including neurological and skin conditions, the FDA said. About 15 percent of the kidney or urinary cases also tested positive for Fanconi syndrome, a rare disease that has been associated with the treats.

Agency officials also said they were able to perform necropsies, or post-death examinations, on 26 dogs submitted by veterinarians from across the country. In half of those cases, the deaths did not appear to be associated with the treats. Of the remaining 13 cases, an association with eating jerky treats “could not be ruled out,” FDA officials said.

The FDA plans to join with the Centers for Disease Control and Prevention to launch a study similar to epidemiological traceback investigations used with people, comparing foods eaten by sick dogs with foods eaten by pets that did not get sick.

Pet treats made by national manufacturers Nestle Purina Pet Care and Del Monte Foods Corp., now known as Big Heart Pet Brands, were returned to store shelves recently after a voluntary recall tied to the discovery of unapproved antibiotic residue in some products last year. FDA officials said they had received few reports of illness associated with those reformulated products and no Fanconi syndrome cases.

In response to consumer demand, Milo's Kitchen Chicken Grillers and other products are now made in the U.S. with U.S.-sourced meat, said Chrissy Trampedach, Big Heart's director of corporate communications.

Overall, the jerky treat illnesses and deaths have been associated with many different product brands, officials said.

In the new report, the FDA said it had detected the antiviral drug amantadine in some Chinese chicken jerky samples sold more than a year ago. Officials said they don't believe the drug contributed to the animal illnesses or deaths. However, the drug, which is used to treat Parkinson's disease and influenza in humans, should not be present in jerky treats, officials said. The FDA has warned Chinese and domestic suppliers that amantadine is considered an adulterant, which could be grounds for banning the treats for sale in the U.S.

The companies have consistently said that the treats are safe to feed as directed and they've emphasized that, despite extensive testing, no specific cause of illness has been linked to the products.

“It's quite sad when you see it dawn on the people that they're trying to reward their best buddy there and then now they're the ones who have been making them ill.”

Pet owners and veterinarians have criticized the FDA for not finding the source of the contamination more quickly and for not issuing more far-reaching recalls. They say they're sure that the products are dangerous, and that the reported illnesses and deaths should be more than enough proof.

“Its really hard to look at the number of cases that come in, correlate them with what they're eating and then go away from that and say, no, it's not related,” said Brett Levitzke, a Brooklyn, New York, veterinarian who has seen more than a dozen dogs since 2011 with Fanconi syndrome.

“It's quite sad when you see it dawn on the people that they're trying to reward their best buddy there and then now they're the ones who have been making them ill,” he told NBC News.