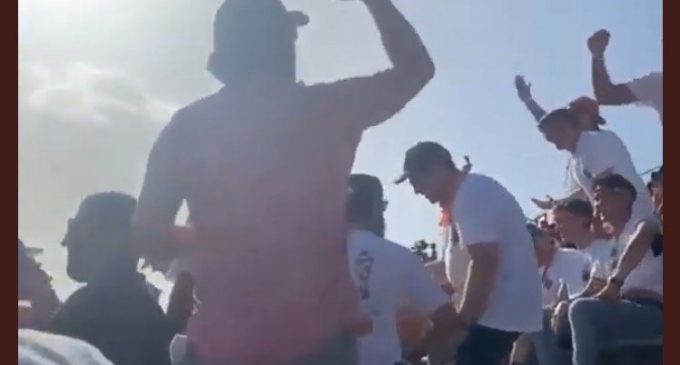 Joe Biden is shaping up to be one of the most hated presidents our nation has ever had. Tweets are continually popping up showing that chants of “f* Joe Biden” are starting to become commonplace. You would expect no less for a president who deserts his fellow Americans in a terrorist nation, gifts billions in military hardware to those terrorists and displays complete indifference to the loss of soldiers whose deaths he directly caused.

One can only think that the man is not long for his post. But if and when the vermin is removed, how long would it take the nation to be chanting “f*ck Kamala Harris”?

Another FUCK JOE BIDEN 🗣 chant, this time at the Virginia Tech game

The “F*ck Biden’ chant is spreading to bars and concerts.

A bar in Tuscaloosa, Alabama:

Another FUCK JOE BIDEN 🗣 chant, in liberal Austin of all places! pic.twitter.com/gbPaE43Tda