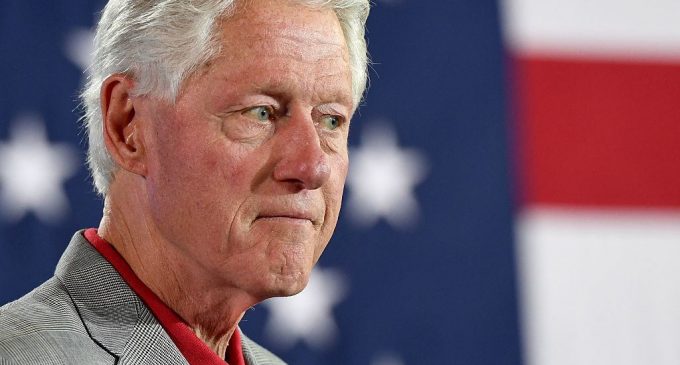 The FBI has been acting mysteriously over the past couple of weeks. First they reopen the investigation into Hillary Clinton's email scandal, and now they've released the one hundred twenty-nine files from their investigation into Bill Clinton's pardon of Marc Rich, which just like everything else the Clinton family does, happened under mysterious circumstances. While the media is accusing Comey of trying to “throw” the election, it seems like there's more going on here than what appears to be happening on the surface.

Judging by White Spokesperson Josh Earnest's comments on Tuesday, not even the Obama Administration knows what's going on. Is it possible that the FBI has finally grown a conscience? The circumstances under which Hillary's previous investigation ended were odd to say the least. First Lynch met with Bill Clinton and then Comey recommended not prosecuting Hillary despite the clear evidence that what she did was wrong. Maybe both of the Clinton's will go down together.

Find out more about the Marc Rich investigation on the next page.