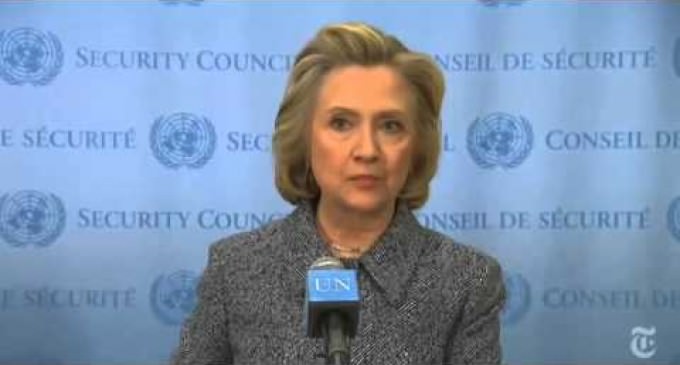 News spread wildly that finally, after months of cloak and dagger type statements,  Hillary's servers and 4 thumb drives beings held by her attorney Ken Kendall, are being turned over to the FBI.  Four emails were found on the thumb drives marked originating at the CIA.  If this is true, and by all reports it is, this should be deemed a felony.  Ms. Clinton signed the official form after leaving the State Department, stating in essence she had turned over any and all classified data, including of course emails, from her tenure.  The next question is what will be the outcome for Hillary?