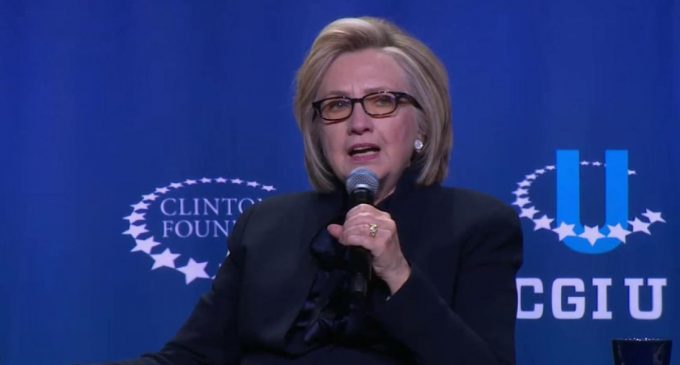 If the intention of the Dept. of Justice is to hinder the investigation into the Clinton Foundation’s Uranium one scandal and ultimately cover it up, then this would certainly be a beginning.

Last week House Republicans announced that a hearing would be held on December 5th by the prosecutor appointed to investigate the Clinton Foundation over alleged ‘pay-to-play’ schemes during Hillary Clinton’s tenure as secretary of state.

Sixteen FBI agents just raided the home of Dennis Nathan Cain, a recognized DOJ whistleblower who privately delivered documents on the Clinton Foundation and Uranium One to the DOJ’s inspector general and Congressional intelligence committees.

It was reported to DOJ Inspector General Michael Horowitz that the documents reveal how federal officials failed to investigate possible criminal activity regarding former Secretary of State Hillary Clinton, the Clinton Foundation and Rosatom, and the Russian company that purchased Uranium One.

Read the details on the next page: