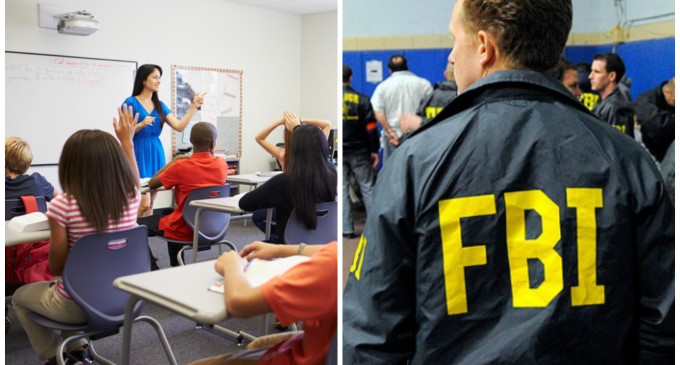 Our schools have become a breeding ground for the police state where authorities keep an eye out for “incorrect” opinions and our children are treated like suspected terrorists.

At least, that's what one might conclude from a recently-unclassified 28 page manifesto put out by the FBI and setting a way to deal with “terrorism” in schools. While one can understandably be concerned about the potential threat posed to children by extremists, a momentary perusal of the FBI's definition of extremists shows that they have something very different in mind from what most Americans do.

In addition to jihadists and white supremacists, the bureau instructs schools to keep an eye out for students expressing interest in anarchism, the sovereign citizen movement, animal rights, and the environment. That said causes are not necessarily violent doesn't matter to the FBI: their agendas have been deemed “extreme” by Washington and they are going to treat them as such.