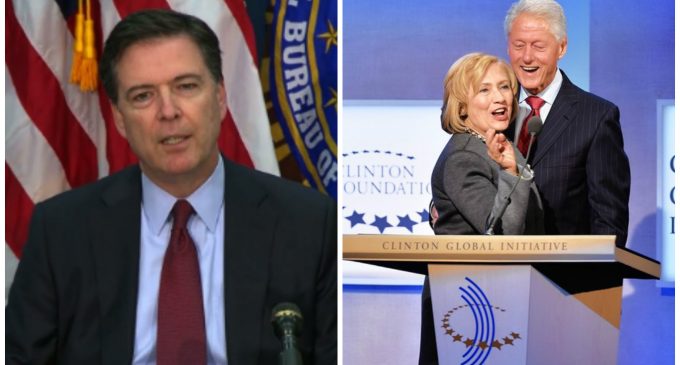 It's no surprise that Hillary Clinton is up to her neck in corruption: what is surprising however is that something might actually be done about it.

For almost a quarter of a century, Bill and Hillary Clinton have had a free hand to wreak havoc in pursuit of their interests. Unencumbered by such trivialities as presidential etiquette and the law, the Clintons have made a mockery of not just whatever offices they have held but also the watchdogs who were supposed to hold them accountable for any transgressions they committed.

With law enforcement unwilling to take action against them and the press corps firmly in their pocket, it seemed like the two Arkansas politicos would be free to continue their wicked ways even after evidence of Hillary compromising national security on her private email server emerged. Now, however, that eventuality is far from certain.