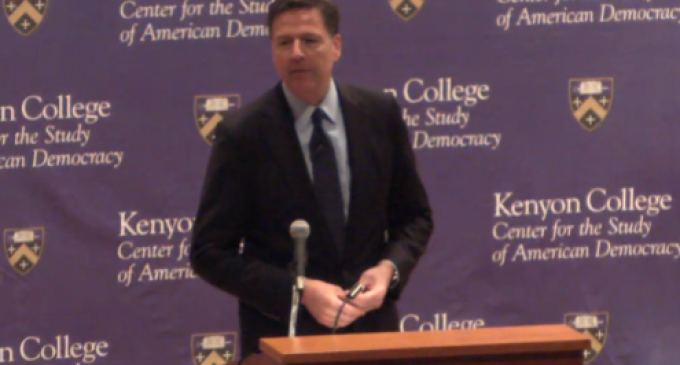 It's going to be a lot harder for supporters of surveillance to make their case following a startling admission made by one of the highest-ranking law enforcement officials in the country.

Giving a speech at Kenyon College about cyber security and privacy, FBI Director James Comey slammed the concept of “absolute privacy” as an obstacle to counter-terrorism efforts by law enforcement. When a questioner brought up the subject of his own privacy, however, Comey was a tad more equivocal.

Speaking in the wider context of increasing numbers of Americans realizing that the technology they use everyday can be used to spy on them, Comey admitted that he too had concerns about his privacy. As a sitting director of the FBI, one can understand why he would be sensitive about others having access to his location and personal information.

But it's one of the measures he has taken to protect himself that has raised eyebrows. Although he assures Americans that they have nothing to fear from their government, Comey always make sure that the webcam on his laptop always has a piece of tape over it when he is not using it.

Read more about Comey's shocking admission on the next page: