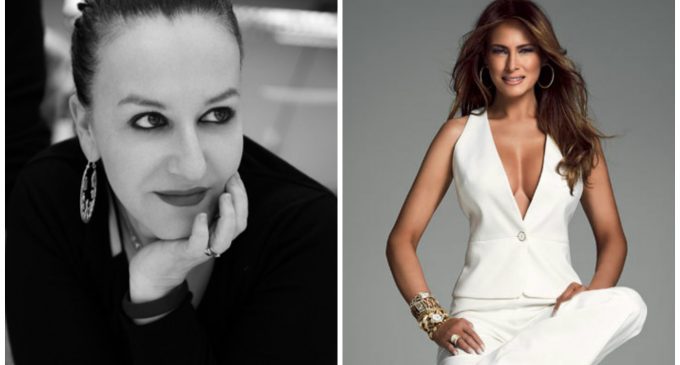 The assaults on Donald Trump are relentless.  When one considers the threat he proposes to the globalist world order as well as the liberal scared cows in the US, you'd have to be worried if multitudes of critics were not turning up.  We have violent protests, many of which sponsored by George Soros, university unrest, spiteful comments by celebrities, and Mr. Obama on a world tour to try to foreclose on the possibility of Mr. Trump's damaging his pathetic legacy.

If that isn't enough, the fashion industry has now stooped to a new low by taking out their leftist anger on Mr. Trump's wife.  It's bad enough that Mr. Trump's opponents deliberately mischaracterize his positions in order to paint him as a xenophobe or racist.  But transferring their anger onto Melania is to plumb new lows.  It's disgusting and these so-called artists need to be called out on it.