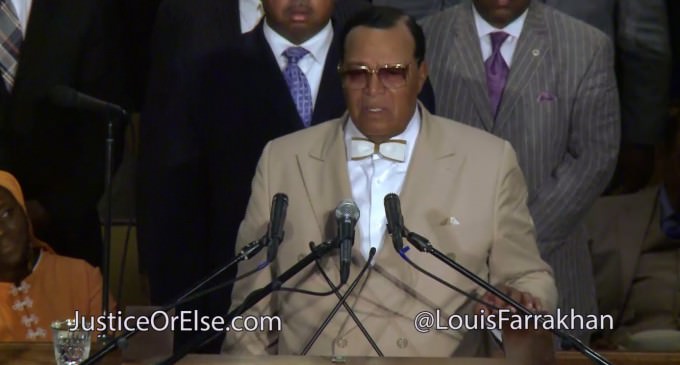 Speaking at Mt. Zion Baptist Church in Miami Nation of Islam leader, Louis Farrakhan sought to inspire 10,000 ‘fearless men' ‘in the midst of a million', who say “death is sweeter than continued life under tyranny.”

Farrakhan's doggerel appears to call for an army 10,000 militants out of every million blacks to commit themselves to a suicidal war against police and white people, ‘the 400-year-old enemy.'

“Death is sweeter than to continue to live and bury our children while white folks give the killer hamburgers,” Farrakhan proclaimed.

Farrakhan is fabricating a threat in order to demand something that plays right into the hands of the federal government – complete nationalization of local law enforcement.