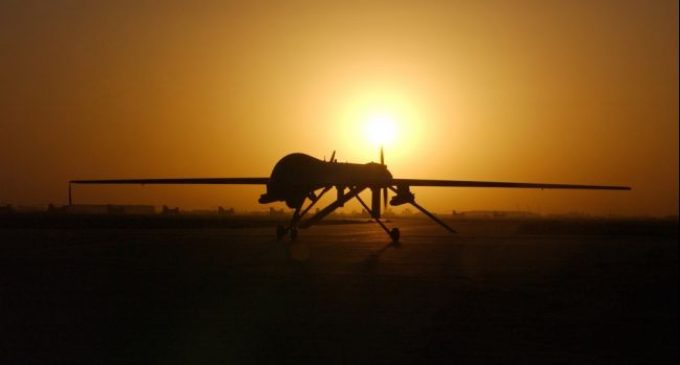 In the first-ever case of a U.S. citizen being convicted and sentenced to prison based in part on evidence gathered by a drone, Lakota, N.D., farmer Rodney Brossart got a three-year sentence for his role in an armed standoff with police that began after he was accused of stealing his neighbors’ stray cattle in 2011.

Brossart was arrested on June 23, 2011, but his family refused at gunpoint to let authorities armed with a search warrant onto their 3,600-acre property to investigate the neighbors’ complaint. Brossart was later released on bail, and warrants issued for his three sons, but the  family refused for months to respond to orders to appear in court, prompting Nelson County Sheriff Kelly Janke to have the U.S. Border Patrol deploy a Predator drone conduct live video surveillance of the farm.

The drone monitored the family’s movements on the farm following the armed standoff. It was not clear how long the drone was deployed or whether it gathered evidence of the alleged cattle theft.

But the eye in the sky gathered enough evidence to prompt Janke’s men to finally move in in November 2011, arresting five family members on terrorizing charges.