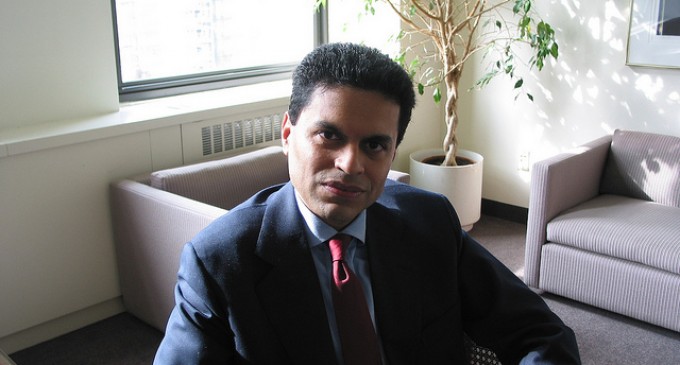 Fareed Zakaria writes a column for the Washington Post, hosts a program on CNN, and is a contributing editor for The Atlantic. He is a typical Liberal, inside the Beltway, East Coast Lefty, and part of the echo chamber on the Left that just doesn't “get” the folks from fly-over country.

The challenge for Zakaria and his “tribe” was to understand how Donald Trump could possibly have lead the polls in huge numbers for the Republican nomination to the presidency. Zakaria's articles are dismissive of both conservatives and traditional values, because traditional values are just so passe and unsophisticated. He is the poster boy for the Left that has cheered the societal destruction of family, country, and ethics. It is especially annoying to Zakaria and his ilk that Trump ignores the media, and worse, mocks their pretensions and refuses to bend his knee to their god of political correctness and diversity.

It is also upsetting to Zakaria and the Left that people of all persuasions, including blacks, latinos, and even some Democrats are lining up behind Trump instead of the chosen one, the horrid Hillary Clinton. Clinton was supposed to have been crowned as the new president without breaking a sweat. But her campaign is absolutely uninspiring, even with the lemming like media doing everything it can to keep her candidacy afloat. Worse, they are horrified that she may actually have to deal with a potential jail term.

What is a journalist like Zakaria to do to resolve his mental dilemma?  One way to deal with the mental confusion and anguish confronting this East Coast Leftist elite might be to blame the disturbing turn of affairs on the increasingly favorite target of the Left, middle aged, white males!  And the best way to do that would be to label them as very sick, confused, drugged up, and suicidal. Yes, that could explain the Donald Trump phenomenon. And that has been Zakaria's answer to Donald Trump's meteoric rise.

Zakaria is very busy, and it takes time to conjure up columns and broadcasts, so he has found a way to be more efficient in his writing and productivity. It is called plagiarism, and he is a past master of it. It can be a bit embarrassing when one is caught, but as we have seen with the Left in other occasions and circumstances, morality and ethics are sometimes roadblocks to getting the narrative out, so a quick mea culpa is generally sufficient to get past the inconvenient problem of dropping purloined prose into your column.