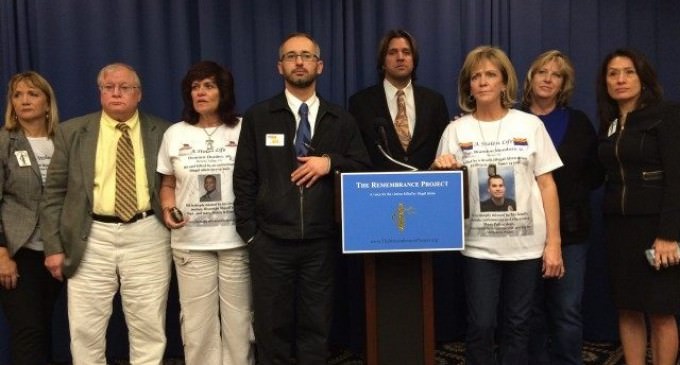 “Donald Trump did something in two minutes that has taken me seven years to try to do“, said Jamal Shaw Sr.   Shaw's son Jamal Jr., was murdered three houses away from home, while walking home from the mall.  “Trump gave me the hope to believe [and he made this issue] come out in the forefront, even before Kate Steinle was murdered.”  Shaw is an activist for families that lose loved ones to illegal aliens.

Others like Jamal Shaw Sr, have recently converged on Washington DC., to stand together and make the message clear to Congress and Obama, that their loved ones died by the hand of a person who had no business being in this country.

One of the stories, is the killing of Dominic Durden.  His mother, legal German immigrant Sabina Durden, told the story of her only son being murdered, and the illegal alien who only received a sentence of 35 days.

see how our courts enable illegals next page