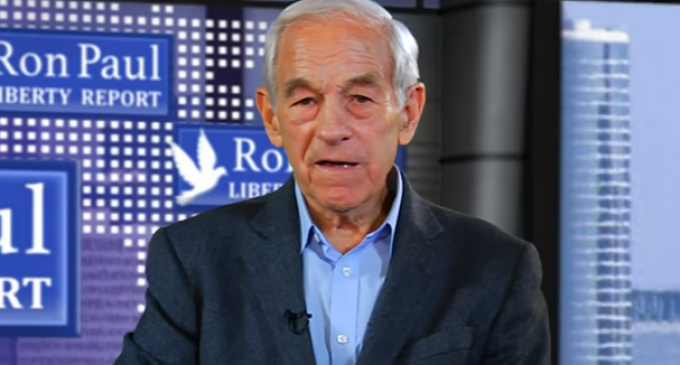 Ron Paul and Donald Trump share much in common. They both have similar bases, have distinct anti-establishment appeal, and reject American involvement in foreign wars. But they don’t necessarily agree on that last point when it comes to Syria.

After Trump made the decision to strike the airfield that launched Bashar al-Assad’s most recent chemical attack, the president claimed that the strike was necessary to protect American interests. Paul doesn’t agree.

In fact, Paul and Trump don’t seem to agree on much of anything when it comes to Syria. While the Trump administration reportedly has video proving that Assad was behind the attack, Paul believes that the mission was a false flag. According to the former congressman, there is “zero chance” that Assad deliberately gassed his own people.

Read more about what Paul is calling a false flag operation on the next page: