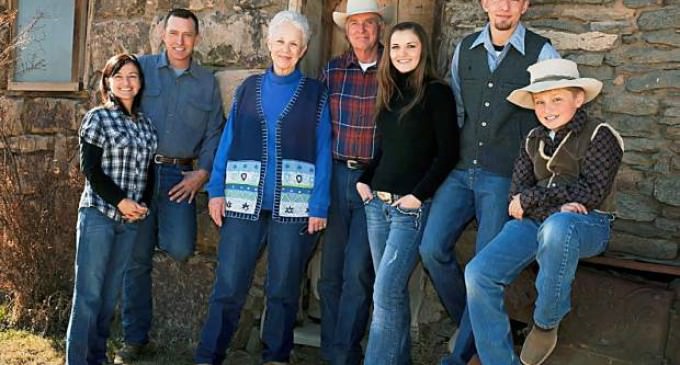 Dwight Hammond, 73 and his son Steven Hammond, 46, are ranchers in Burns, Oregon. In 2001 and 2006, they lit fires on their ranch property to reduce the growth of invasive plants and brush and to decrease the likelihood of wildfire enveloping their ranch, a common activity among ranchers throughout the West. Unfortunately, the fires expanded beyond their ranch to Bureau of Land Management property, but they were able to extinguish the fire without outside help, and it appears that the land thus cleared is flourishing and has benefited from the clearing of overgrowth.
However, the government is choosing to tutor those in the Western states by showing that the long arm of the Federal government is ever watchful, powerful, and vengeful, and they are determined to make an example of the Hammonds.  The Federal government owns well over 50 percent of the land in western states, and it is a wonder that the states have not risen up to demand greater local control and management. One Bureau of Land Management official stated that it was because the issues were too complex and difficult and the states were not capable of managing the lands properly.
In the case of Dwight and Steven Hammond, they were convicted of arson, which carries a minimum sentence of 5 years in federal prison. The judge at that time said it would be outrageous to apply the full sentence, given the circumstances, and father Dwight ended up serving 3 months, while son Steven served one year. But the Feds are back demanding their pound of flesh, and insisting that the Hammonds serve at least the minimum sentence. They will be returning to prison this week to serve their time.
However, supporters of the Hammonds, along with ranchers and other interested parties, have gathered to protest this miscarriage of justice and the overly aggressive application of law. They have taken over a closed wildlife center to demand justice and to criticize the Federal government for their “land grab” policies.
Ammon Bundy, the son of Nevada rancher Cliven Bundy, who was involved in a 2014 standoff with the government over grazing rights — is among the people at the headquarters of the Malheur National Wildlife Refuge.
More on page 2: