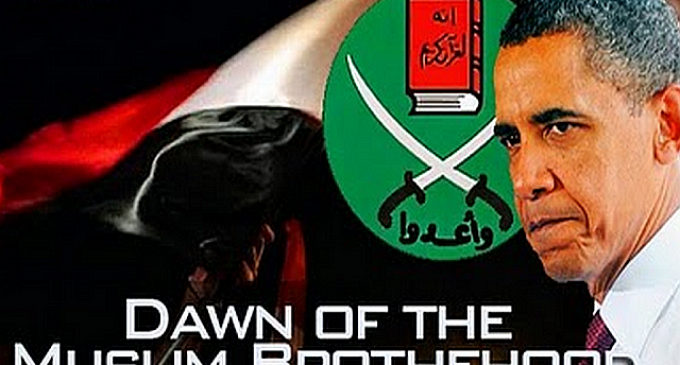 One of Egypt's most widely circulated and read newspapers, El Watan, published a report discussing the Muslim Brotherhood's influence over the United States, even going so far as to identify by name operatives within the US.

This list does not include Obama. Is it complete?

El Watan, one of Egypt's most widely circulated and read newspapers, published a report discussing the Muslim Brotherhood's influence over the United States, especially in the context of inciting pro-Brotherhood policies against Egypt's popular June 30 Revolution, which resulted in the ousting of Muhammad Morsi and the Brotherhood from power.

Titled (in translation), “With Names, Identities, and Roadmap…  El Watan Exposes Brotherhood Cells in America,” it's written by investigative journalist Ahmed al-Tahiri, who begins the report by saying:

In the context of El Watan's ongoing investigation concerning the Brotherhood's cells and lobby inside America that support the regime of the ousted [Morsi], and which intensified their activities to attack and defame the June 30 Revolution, informed sources have disclosed to El Watan newspaper the names and cell entities of the Brotherhood and their roadmap of activities all throughout the United States of America.

The sources said that these organizations, which are spread throughout the States, agitated for and were supportive of the decisions taken by Muhammad Morsi's project to “Brotherhoodize” and consolidate power [in Egypt] and gave a favorable opinion to the general American public that Morsi's decisions were welcomed by the public [in Egypt]. Following the June 30 Revolution, these groups  launched a malicious war in order to incite the American administration to take hostile decisions against Egypt, with the aim of bringing back the Brotherhood to the power.

El Watan then goes on to name names, saying that the following activists and entities are Brotherhood operatives working within the United States (reproduced verbatim):

As a most recent example, El Watan quotes from an American op-ed published on October 16 (just two days before the publication of the El Watan report itself).  Titled “Egypt: 100 days later” and written by Ahmed Shehata of the Egyptian American Organization for Democracy and Human Rights, the piece appeared in The Hill, the Capitol's most widely circulated newspaper, published specifically for Congress.

The op-ed is certainly a prime example of pro-Muslim Brotherhood propaganda that actually tries to “shame” U.S. policymakers into returning the Brotherhood back to power in the name of “democracy.”

That such a shameless piece of Muslim Brotherhood propaganda can be published in the most influential and widely read Capitol Hill publication certainly goes a long way in validating El Watan's claims that the Brotherhood has its tentacles all around the United States' points of influence.