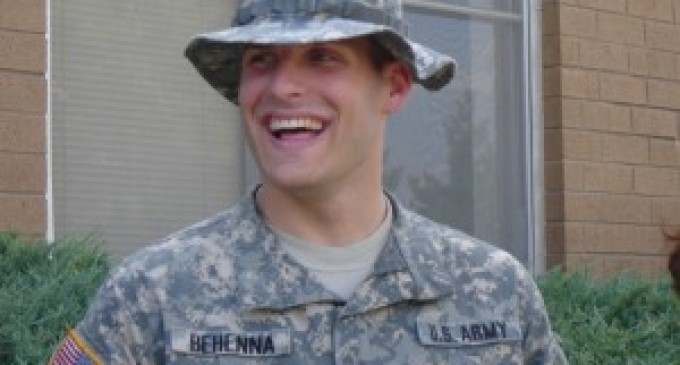 This week Michael Behenna was granted parole after serving 5 of a 15 year sentence for killing Ali Mansur, a known Al-Qaeda operative, in 2008.

Mansur was suspected to have organized an attack on Lt. Behenna's platoon in April 2008 that killed two U.S. soldiers and injured two more.

Behenna was to take Mansur home after the Army released Mansur from prison, but instead took him to a secluded railroad culvert, stripped him naked and shot him twice after interrogating him at gunpoint.

Behenna claims that Mansur went for his gun so he was forced to shoot him. The Army states he cannot claim self-defense because Behenna was conducting an unauthorized interrogation.

So the man couldn't defend himself after conducting an unauthorized search?

Support for Michael is being accepted at DefendMichael.com