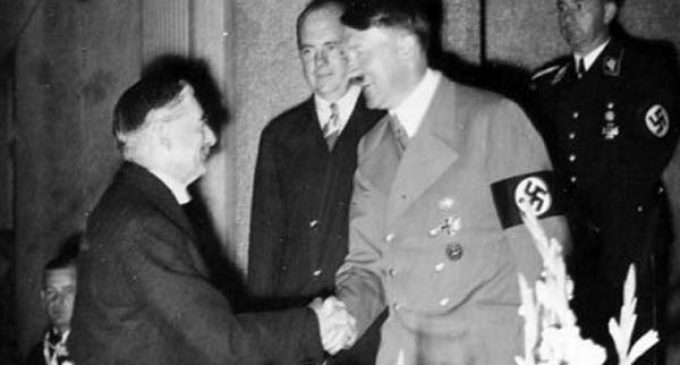 Woolsey, CIA director from 1993 to 1995, told Sexton that Obama’s dealings with the Iranian government have been “roughly equivalent to Neville Chamberlain’s at Munich in the 1930s.”

“We are basically caving in,” Woolsey said.

Chamberlain was prime minister of the United Kingdom from 1937 to 1940 and is known for appeasing the aggression of Adolf Hitler and the Nazis — in particular with the Munich Agreement in 1938, which conceded Czechoslovakia’s German-populated Sudetenland to Germany.

“We achieved a little bit of a draw down in some of their nuclear capability in terms of the speed with which they could develop a nuclear weapon, but not really much. And we gave away the impetus that was behind our program of setting up all the restrictions we placed on Iranian trade, boycotts and the rest. We started turning that around. And now it’s going to be hard to move it where we should move it if we want to cause major disruption in the Iranian government, and I think we should want to do that.”