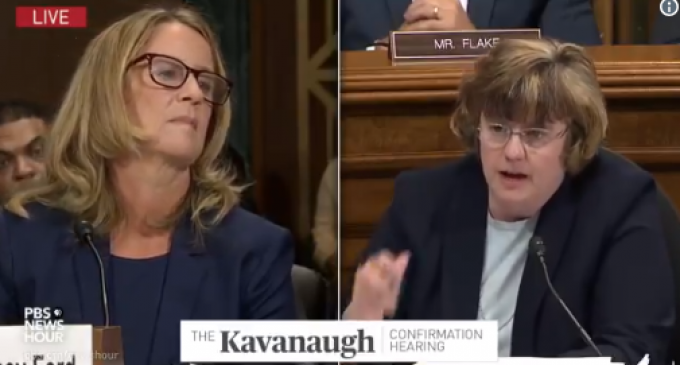 In a written declaration released Tuesday and obtained by Fox News, a man who claims to have dated Supreme Court nominee Brett Kavanaugh’s primary accuser for several years has stepped forward to contradict several claims that she made during her testimony before the Senate Judiciary Committee.

That Christine Blasey Ford’s testimony is questionable is an understatement. Rachel Mitchell, the veteran sex crimes prosecutor chosen by GOP members of the Senate Judiciary Committee to question Ford, filed a report that outlines 9 apparent deceptions and exonerates Kavanaugh. According to Mitchell, no prosecutor would create a case around Christine Blasey Ford’s allegations. Not only that, Mitchell says that there isn’t even sufficient evidence to prevail in a civil trial.

On the next page check out the details regarding the declaration made by Ford’s ex-boyfriend. This woman should be quite worried over what the FBI investigation uncovers.