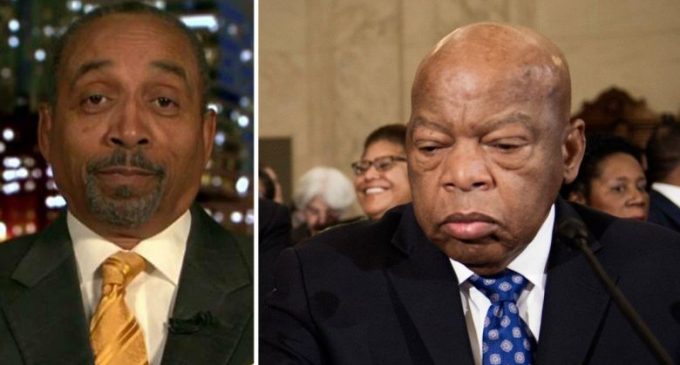 While the mainstream media is feigning outrage and circling its wagons around John Lewis, a man with a record to match his devotion to the black community has called the Democratic congressman out.

As these professional hand-wringers have endlessly pointed out, Lewis was a civil rights activist who marched alongside Martin Luther King and got assaulted by segregationists for his activism. While he deserves nothing but the utmost respect for his work in the 60's, Lewis and his fellow progressives have picked up the nasty habit of thinking that this not only makes him right about everything but also that anyone who disagrees doesn't respect his past activism and in all likelihood a racist.

What this doesn't take into account is that many of Lewis' critics are African-American themselves, a nuance predictably lost on the left. Or perhaps, not so much lost as ignored.